I’m not a big drama mama, but I do like to cut up and over dramatize silly things in such a way that, to the outside viewer, things may appear as “drama.” But seriously, the older I get, the less inclined to B.S. I am. I don’t like visual clutter, audio clutter, or verbal clutter. And, for all the good it can do, social media is all that and more.

As noted in my “About” page, I like politics, or rather I hate politics, but I love reading and commenting on the things that drive our political process. I am an unapologetic Conservative with my understanding of my Christian faith fueling many of my opinions. What faith doesn’t ignite in me, my love for this beautiful, imperfect country and the passion of its Founders does. In sentiment, I would say I side with the more moderate elements of the Tea Party. But in practice, I’m a Republican, red to the core. I don’t believe in throwing my vote away, or throwing elections to Democrats (because that’s what voting for a third party always does). So, I put up with their party stupidity, and I vote Republican. Facebook is a hotbed for political banter, though, causing some friends to scurry or put up their dukes. And sometimes results in arguments that last, and last, and last. It can be utterly exhausting. But still I rant. And post. I just can’t help myself!

Nevertheless, the other day, this wonderful article hit my feed, posted by a friend, I believe (Thankfully, I have friends who don’t get so wrapped up in politics, posting other, more useful things than the latest gripe against “X”); and it hit me like a hammer. The title of the article is ” To the Mama Who Feels Like She Never Gets Anything Done.” If that isn’t me, I don’t know who it is! I USED to be SO productive! I USED to read voraciously. I USED to have time with my kids. I USED to DO things.

Now, I sit on Facebook, reading article after article about politics, which increases my blood pressure, but does nothing to increase my true knowledge, the stuff I think we get to take with us when we die. I sit on Facebook looking at the latest funny meme (I hate that word), because I do so love to laugh, but that does nothing to increase my spirituality, or better my relationship with my family, or get nagging tasks done around the house, or increase my health and fitness (Granted, I was in a car wreck 2 months ago; had knee surgery 6 weeks ago, and will finally get to start weaning off of crutches next week. So, I’ve got that excuse. For now.). It does, however, keep me chatting with friends and some family, the few I allow into my Facebook world, but so what? It does keep me “occupied,” but there is zip, zero, zilch that is productive in that comes of that time day after day.  It is such a distraction! Just like the lotus flowers in Percy Jackson, Facebook hits our brain and we suddenly lose all of time!

Friends are great. I value my friends. I have some truly FANTASTIC friends, but if I don’t want to spend the day on the phone with them, doing nothing else, why am I spending all day ‘liking’ this or that, or checking to see if they ‘liked’ my latest 87 posts from a dozen different political sites about why the First Amendment must be protected at all costs? Really. I HAVE THINGS TO DO. Even if it is just resting on the couch working on a cross-stitch that I started 16 years ago when my oldest was a baby, I need to make space for that.

Alright, back to that fateful article. The author, Jamie Martin, is a homeschooling mom of three, an adoptive mother, a blogger and writer extraordinaire! I have down time. I “should” be able to at least do some of what she does, right? I mean I USED to write a book review column for an on-line magazine, for crying out loud! I actually used to write two columns. So, what is the problem? What is keeping me from being productive again? Time wasters. Duh! And I don’t mean the hours upon hours of driving I have done these past 5 years, hauling one kid back and forth to college classes on the dark side of the moon (and hanging out during class time because it is too far to drive home in between) or teaching art and co-op classes to other people’s kids. I mean the stuff I do, or don’t do, to try to fill the space between my next car ride, or when I’m powering down at night, or when I’m in the bathroom, or…when I have time. Really, folks, we say we don’t ‘have time,’ but if we add up all the time we waste, we do. We absolutely do!

What is Jamie’s answer to this problem of time? Well, it’s absolutely genius; and terribly, terribly simple:  I only do what’s mine to do.

“What? Could you please repeat that?” you may ask. Certainly, “I only do what’s mine to do.”

She goes on to say:

Often you only get there by trial and error, and that’s okay. The errors don’t mean you’re doing something wrong; they mean you’re one step closer to knowing yourself.

Amanda Soule’s lovely blog was the first I ever read. Her readers would comment at times that they didn’t understand how she could blog, sew, knit, farm, homeschool, and cook from scratch. Her days overflow with work from the heart, work that matters to her and her family. This isn’t a productivity secret–Amanda’s just doing what’s hers to do. And so she thrives.

Our society has made an idol of getting things done, making that our top cultural  priority. But instead of asking “Am I doing enough?,” why not ask “Am I doing what’s mine?“

Here’s what’s mine right now: Love my kids through the ups and downs of parenting, homeschool, read, write, edit, cook, clean, be a friend to Steve. It’s a short list, but a full life. And it’s enough…for me.

Knowing what’s mine in this season lets me fully concentrate without being pulled in all the directions all the time. Busy mama who works all day and feels like you have nothing to show for it, don’t compare your season of spring with another mom’s season of harvest.

Run your own race…this minute, this second. Be you unapologetically. Only do what’s yours to do right now, and watch how your family, yourself, and even the world is changed because of it.

I love the idea of simplifying so much that you really are only worrying about your own ‘stuff,’ focusing on your own race, and realizing that a full life doesn’t require being everything to everyone, but being everything to those who matter most: your immediate family.

It is so easy to get caught up in the world, and in other people’s circus side shows. Facebook makes that SO easy! It’s a simple thing, to over blow our own importance as a cog in the world’s clock works (If I don’t X, then Y will be disappointed, won’t work, won’t happen, etc.). But the truth of the matter is, things do go on, things over which we often have no control (politics, crazy friends, crazy family, the price of tea in China), but only THINK we do. Yet, what we do have control over is ourselves and how we choose to spend (or blow) our time, little though it may seem we have. All that we have to do is embrace that fact, PRIORITIZE, be willing to sacrifice the easy and the mindless, then run with it. We have that much power, don’t we? 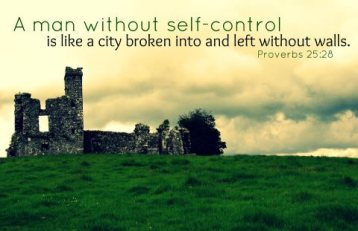