Every once in a while I have to do a “politics dump,” a commentary of current political events, with back up from some of my favorite Conservative or Libertarian thinkers. On Facebook I would have just posted link after link, day after day, but in the blogging world, I prefer this format as I find it to be more productive, constructive, and concise.

In this post I have chosen a few quotes from Victor Davis Hansen and Jonah Goldberg to punctuate my thoughts. The articles from which the quotes were drawn are linked somewhere below.

The recent disclosures about Planned Parenthood likewise infuriated the fed-up base. Again, they were not incensed just at the callous and sick way supposed humanitarians at Planned Parenthood talked of slicing up fetal tissue and selling organs, but at the hypocrisy of it all. At a time liberals are Trotskyzing our past to damn to memory any ancient historical figure who owned slaves or practiced racism, how does Planned Parenthood’s godhead Margaret Sanger, the racist eugenicist and promoter of abortion to curb minority populations, get a pass?

tled science” and adherence to logic instead of myth and folklore. But they also insist on talking of fetuses as non-human organisms, even as they concede both that fetuses in the womb possess viable — and marketable — human tissues and that developing babies at 22 months are now viable outside the womb.

For those who bandy about words like troglodyte, it is quite Neanderthal, in the scientific sense, to believe that a baby is not a living, viable organism until it emerges from the birth canal. For a movement that talks of caring and compassion, it is hard to write a script more cruel and callous than that of the Planned Parenthood talking heads referencing a Lamborghini or a “less crunchy” abortion technique or the macabre house of horrors of the abortionist and convicted murderer Dr. Gosnell. As for the supposed questionable ethics of catching Planned Parenthood with ruse and stealthy tape, no one seemed to object over secretly taping at a private gathering Mitt Romney’s unfortunate quip about the “47 percent,” much less did liberals object to four decades of 60 Minutes ambush-style, secret-video reporting.- VDH

So: We live in a world where Bobby Jindal is a fake Indian, but it’s racist to say an older white woman isn’t a real one (the correct term being “Native American,” of course). N 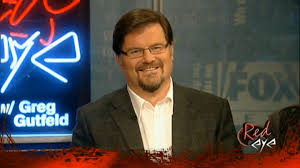 ikki Haley is a villain for “suppressing” her Indian roots, but Senator Ted Cruz is a fraud for touting his Cuban roots. (Cruz was recently grilled by Bloomberg’s Mark Halperin about how authentically Cuban he really is. At least Halperin later apologized.)  -JG

The Pope and the Hammer and Sickle
So….Jesus was a Communist now? How do these leftists, including this pope, turn a blind eye to the butchery that has occurred at the hands of Communists since 1917? Che, Mao, Castro, Mao, Stalin- great heroes and humanitarians we should all look up to, but Capitalism is evil? Can one simply compare the economies and standard of living between the people of North and South Korea, not to mention the way each government treats its own people, to debunk this blind ideology? Makes me very glad I’m not Catholic these days. I’d have a hard time taking this pope as God’s mouthpiece.

We’re actually making a deal with these crazies, not requiring the return of hostages, and giving them a butt load of money? Oh, yeah, and essentially telling the American people they (through their representatives) have no say so because the approval of the U.N. means more to this president than we do. How long until the election? Can any of this damage be undone?

The conservative base is tired of illegal immigration. Their furor peaked with the horrific killing of Kate Steinle by a seven-time convicted felon and five-time deported illegal alien.  They are baffled that one apparently exempt and privileged ethnic group can arbitrarily decide to ignore federal law. They are irate that they are lectured about their supposed racism from an open-borders movement predicated on La Raza-like ethnic chauvinism. They do not want to hear about nativism from a lobby that so often at rallies waves the flag of the country that none of the protesters seems to wish to return to, a country whose authoritarianism is romanticized as much as their host country is faulted for its magnanimity. Call this what you will, but emotion over neglecting federal law is much less worrisome than cool calculation over violating it.- VDH

In the last half-century, Americans have increasingly tended to emphasize race and tribe in promoting “diversity,” rather than seeking to strengthen the more tenuous notion of unity with their fellow citizens. We have forgotten that human nature is fond of division and must work at setting aside superficial tribal affinities to unite on the basis of core values and ideas.

Symbols, flags, organizations, and phrases that emphasize racial difference and ethnic pride are no longer just fossilized notions from the 1960s; they are growing fissures in the American mosaic that now threaten to split the country apart — fueling the suspicion of less liberal and more homogeneous nations that the great American experiment will finally unwind as expected.- VDH 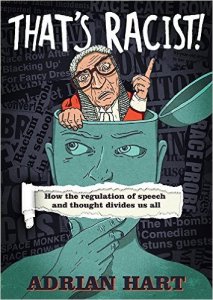